Return to All Classes 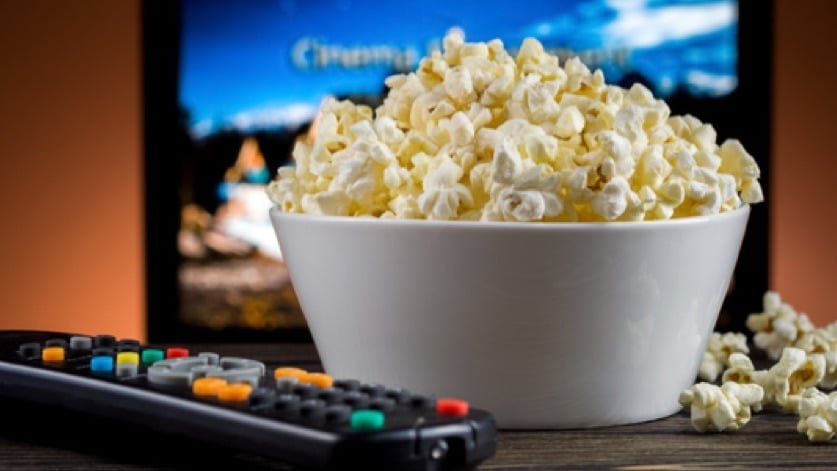 For details on the films in each session, click above on the tab for "Summer/Fall" or "Winter/Spring"

The more learning is like play, the more absorbing it will be. -William Reinsmith

Your kids will be so excited about movies, they'll hardly notice they are writing!

Play used to involve blocks and dolls. Now conversation is the exciting new playground for your tweens and teens. Let's harness that desire to talk about all. the. things!

In this class, we bypass the pain associated with formats, mechanics, and writing assignments and open the door to playful exploration of

Psst! Don’t tell your kids—while they are exploring and sharing with their new friends in class, they are gaining transferable thinking skills and growing their writing proficiency! (I know!)

Students discover fun new movies and appreciate old favorites. You get to see them composing, exploring, researching and engaging in critical thinking. What’s not to love?

Who's ready for a sneak peek at our winter/spring lineup? #

June 5 - June 30 Marvel vs. DC
**This club is recommended for teens only

Note: We choose movies ranging from rating G to PG-13. Be sure to evaluate all movies to determine which are appropriate for your family. And remember to check movie availability in your country/region before signing up!

There are no essays or writing assignments in this club. Kids will write, naturally, as they post their thoughts and responses in our online classroom. But since none of their writing will be revised, polished, or graded, your kids will have the chance to explore their thinking using written language, without the pressure to "perform."

Later, when students write essays in other classes or at home, they will find they have greater access to their thoughts and ideas. They'll associate sharing their opinions in writing with ease, delight, flying in a cat bus, and running on water!

Take advantage of this pleasurable way to expand your child's writing and thinking skills. And remember the popcorn!

Important: In Brave Writer, we watch movies that address a wide variety of perspectives and that include time-bound references. Please be aware that you may experience strong reactions to what you watch. By using film as a teaching tool to foster understanding and growth, we have the opportunity to discuss evolving ideologies.

We encourage you to preview movies to determine their appropriateness for your family and to prepare to have discussions on these topics with your students as they participate in the class.

For more information about how the classes are run, please read about online classes.

Before the club begins, line up your copies or streaming sources of the movie through your local library, Amazon, Netflix, AppleTV, or YouTube rental.

**Unlinked films are available with a Disney+ subscription only

These coming-of-age stories are told in the way only Disney and Pixar can do it. If you love your Disney+ subscription, you won't want to miss this club!

Who's ready for a musical? We're always ready! There's something about stories set to song that enchants. Let's do a deep dive this summer!

Note: Musical productions abound! Be sure to check the links to ensure you're watching the correct version.

Tim Burton is a director with a particular style. From somber color tones to offbeat humor to whimsical (and somewhat creepy) storylines, Tim Burton films stand apart. We'll go deep into his methods as we examine four fabulous films. Join us!

Animal movies tug at our heartstrings while they make us laugh—much as our beloved pets do every day. What do moviemakers have to consider when telling a story with animal protagonists? Let's talk about it!

**This club is recommended for teens only

Based on best-selling novels, these movies pull us into imaginary worlds we'd never want to inhabit. We root for these unlikely heroes even as we are grateful not to be in their shoes. Who's ready to delve into the dystopian genre?

We've talked about The Avengers. Now it's time to check in with the individuals. Let's discuss some of our favorite films. Are these stories better than The Avengers? Do they deserve as much attention? More? We know you have opinions about how the special effects evolved over time, how the characters evolve, and how well the directors succeeded in their mission to tell such a range of stories. Join us for the ultimate Marvel binge watch!

Before the club begins, line up your copies or streaming sources of the movie through your local library, Amazon, Netflix, Apple TV, or YouTube rental.

**This club is recommended for teens only
#

Brave Writer online classes are specially designed with the busy homeschooling parent in mind. Classes last anywhere from four to six weeks. We offer courses that address a specific writing need so that you can take the ones that suit your family throughout the school year. Short class sessions enable you to work around family vacations, out-of-town swim meets, recovering from wisdom teeth removal, and visits from grandparents. We operate on the quarter system, including a summer session. Our most popular classes repeat each quarter, while others are seasonal.

Our classes meet in a customized online classroom, designed specifically to meet the needs of Brave Writer. Only registered students and the instructor have access to the classroom to ensure your privacy. Assignments and reading materials are posted by Brave Writer instructors each week (no additional supply fees necessary, unless otherwise indicated). Either you (homeschooling parent) or your child (homeschooling student) will visit the classroom daily at your convenience to read helpful information about the current topic or to find the writing assignment. We operate "asynchronously" (which means that the discussion is not live, but that posted information remains available to you in your time zone at your convenience). Instructors check the classroom throughout the day to answer questions and give feedback on writing.

Writing is done at home and then typed into the classroom, and shared with both the instructor and other classmates. You're not required to be online at any specific time of the day. We have students from all over the world participating in our classes so "live" discussion is impossible. Instead, the online classroom enables the instructor to post information and assignments when it is convenient to the instructor. Then, when it is convenient for you, you come to the classroom and read the latest postings.

Instructor feedback to student writing is offered for all participants to read. Writing questions are welcomed and encouraged! That's the point of class. We aim to give you immediate support as you face writing obstacles.

Brave Writer takes seriously the need for encouragement and emotional safety in writing. No student is ever at risk of being humiliated or mistreated. All online dialog is respectful and supportive of your child's process. This is the core of Brave Writer philosophy. You can read about Brave Writer values here.

What makes our program especially unique in the world of online education is that we value a corporate experience. Rather than teaching your child in a tutorial format, we prefer students to have the opportunity to both publish their work for an audience (other students) and also to have the chance to read other student writing. In no other setting is this possible. Schools-in-buildings rarely have students read each other's work. Homeschooled children are rarely in a classroom environment to begin with, so the opportunity to read peer-writing is nil.

Our classes provide an utterly unique experience in the world of writing instruction. Since most writers grow through emulation of good writing, it is a real advantage to Brave Writer kids to get the chance to read the writing of their fellow home-educated peers. They love it! They get to examine and internalize other ways of writing, analyzing and expressing ideas similar to their own. They have the chance to validate and cheer on their peers. And of course, the best part of all is that they receive the praise and affirmation of kids just like them.

Not only that, all instructor feedback is posted to the classroom for all students to read. That means your kids get the benefit of instructor comments on many papers, not just their own. We've noted that this style of instruction is especially effective and hope you'll agree!

9-18, depending on movie selections